A Jewish Perspective on the Fall of Satan 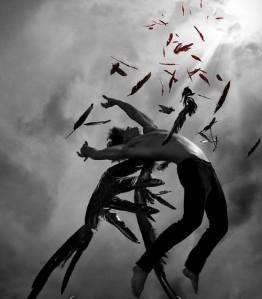 “Did Satan Fall? The Devil is in the Details

I just received a call from a university student doing a research paper on Judaism. Fielding such calls is part and parcel of the everyday duties of a congregational rabbi, but I suspect I do more of these then your average rabbi simply because the greater Dallas area has a whopping population of Evangelical and Fundamentalist Christians who are looking for ways to incorporate religious topics into their school assignments and research papers (in my duties as a teacher at the University of North Texas I deal with this phenomenon from the other end also, deciding whether to green-line student proposals). Anyway, you never know which way these interviews are going to turn. In this case, the student became very hung up on the idea that Judaism has Satan but no Devil. At first she didn’t understand what I was saying, and followed up by asking, “So how did Satan fall, in your tradition?” “Well, he didn’t fall – that’s what I meant when I said we have Satan but no Devil. Jews don’t believe there is any spiritual force that opposes God (except us). Satan is God’s prosecuting attorney.” (Long silence on the other end of the phone). “I don’t understand…” “Do you ever watch Law and Order?” I ask. “Sure.” “Well, you’ve seen how Jack McCoy presses and wheedles, manipulates, even deceives people to uncover their guilt? He’s mean as a snake, but still works for the good side?” “Yes, I guess.” “Well, in Jewish tradition, Satan is Jack McCoy” (the very Hebrew word, ha-satan, means “the adversary” – but that’s the adversary of man and his sin, not God). And just as Jack never takes a fall for his highhanded but necessary work, so too Satan remains in good standing with the Bar On High.” “But the Bible tells of his fall,” She responds, sounding defensive. “Well, actually, no, the Hebrew Bible doesn’t.” “I’m sure it does.” “And where exactly does it say that ‘Satan was expelled from heaven’?” I ask helpfully. “Wow” is all she says and we move on to another topic.

Actually, in the spirit of Law and Order, I did not provide her with a full ‘discovery’ on falling from heaven, primarily because I don’t consider these verses truly exculpatory. For I know that according to Christian exegesis, Satan’s fall from heaven is said to be found in Isaiah 14:12-14 and Ezekiel 28:12-18. But that requires a highly exegetical (deriving something from a text that isn’t explicitly stated) reading and could arguable be called ‘eisogetical’ (projecting something into the text that isn’t there). For these two passages are explicitly referring to the king of Babylon and the king of Tyre, respectively. Christians argue that they also reference the spiritual power that was behind those kings – Satan. But neither text ever speaks of Satan, even in an allusive fashion. Instead, both texts are laser focused on these kings and both use the image of falling out of heaven as a literary trope for how low these two powerful kings are going to be brought down. The connection to Satan is (in my opinion) entirely inferred by Christian readers. In Judaism, we do not read these passages as referring to Satan.

While he is indeed a dark and menacing figure (would you want to be in Jack McCoy’s sights?), he is still God’s agent, just like the other two major mythic and personified ‘dark’ forces in Jewish tradition, the Malach ha-Mavet and the Yetzer ha-Ra (the Angel of Death and the Evil Desire). All three of these forces are the ‘severe’ aspect of God’s inscrutable will, but part of God’s will they are, nonetheless. All of them are subordinate and subservient to the Blessed Holy One.”