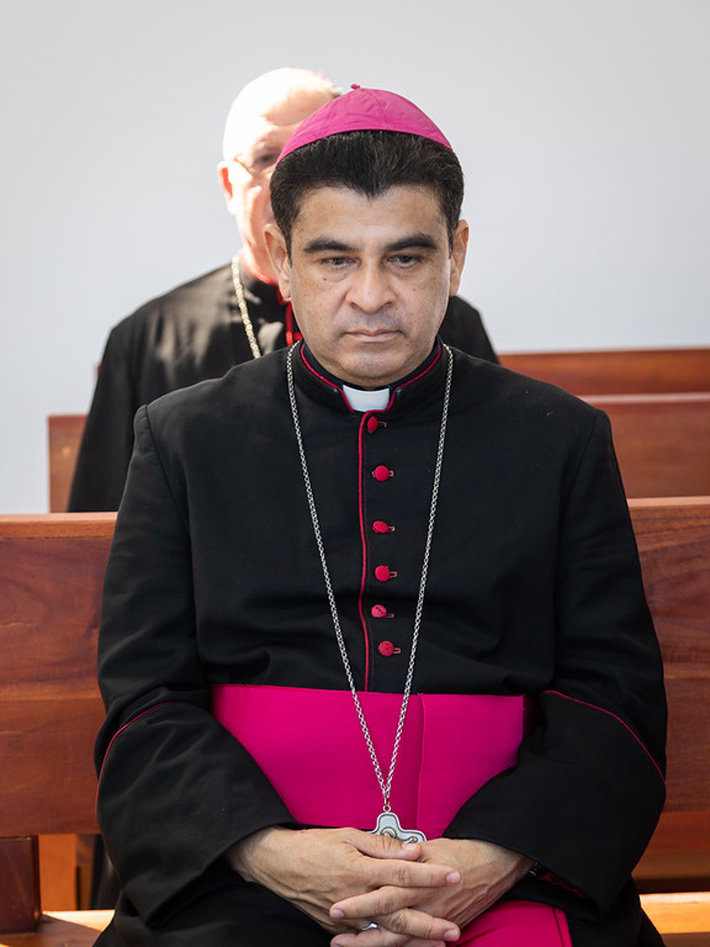 
Two Catholic priests in Nicaragua have accused the government of surveillance and harassment, with one announcing he will fast indefinitely “on water and whey” until the persecution stops.

On May 19, Álvarez, bishop of the Diocese of Matagalpa, took refuge in the parish of Santo Cristo de las Colinas in Managua. There, he declared he will go on a hunger strike to protest the mistreatment to which he and his parishioners are being subjected.

“Today I have been followed all day and into the evening hours by the Sandinista police,” he said in a video message released that day by the Archdiocese of Managua, which oversees the Diocese of Matagalpa. (Sandinista refers to the Sandinista National Liberation Front, Nicaragua’s dominant political party headed by Ortega.)

Álvarez is part of Nicaragua’s Catholic clergy who supported mass street protests against a contentious change in social security that ended in the killing of more than 300 demonstrators by police in April 2018. The Catholic Church in Nicaragua “provided aid and sanctuary to and voiced support for the protesters,” according to the 2022 annual report of the U.S. Commission on International Religious Freedom, an independent, bipartisan federal body that advises the State Department.

“As a result, President Ortega used his government and supporters to persecute members of the clergy, worshipers, and Catholic organizations” in what has been a recurring “pattern of harassment,” the report notes. It recommends that the State Department, which has accused Ortega of running a “highly centralized, authoritarian political system,” continue to include Nicaragua on a “Special Watch List” of countries “for engaging in or tolerating severe violations of religious freedom.”

Last month, the National Assembly of Nicaragua, which is controlled by the Sandinistas, accused the Catholic Church of supporting a 2018 attempt to overthrow the Ortega regime in a coup.

Policemen “entered my circle of family privacy—they came to my private, family, paternal, maternal home, putting the safety of my family at risk,” Álvarez said in the video message.

The following day, police surrounded the Santo Cristo de las Colinas parish and banned parishioners from entering the house of worship. In response, Álvarez, a vocal defender of human rights and freedom, took to Facebook. He used the social media platform to celebrate Sunday mass in a live performance.

“The peace left for us by Jesus is not that of forgetfulness, amnesia,” he said in his homily, alluding to “repression … prisons … torturers and persecutors.” He added: “It is not the peace of the powerful who want to impose their will against all odds.”

In the southern city of Masaya bordering Managua, Father Padilla was banned from leaving his parish of San Juan Bautista, the parish’s power supply was severed and it was placed under police surveillance.

On May 22, Padilla confronted the policemen stationed outside and asked them why parishioners were being denied access to their church. “You have surrounded the entire perimeter of the church, have closed the streets,” he said. “I would like to know why the faithful are not allowed in for Mass, and why you have me here, locked.”

Describing himself as “church imprisoned,” he remarked that the authorities “have violated the right to our Christian life.”

In its statement, the Archdiocese of Managua expressed its “solidarity and closeness to the faithful and priests” of the two besieged parishes.

The statement deplores the “atmosphere of anxiety for their personal safety and the impossibility of exercising their right to live and celebrate their faith in an atmosphere of peace and freedom.”