Deals with the Devil 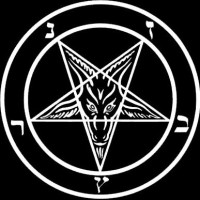 The main goal of making a deal with the devil is to obtain a favor or gift that the human could not possibly get by himself. Some of the most common things that have been requested from deals with the devil are power, wealth, or physical and mental ability, although some are not above using the deal to obtain busloads of women, which in a way makes all those other deals look like crap. It is said that deals with the devil are not always with Satan himself – sometimes, demons of lesser stature conduct the transaction. Apparently, re-arranging the ‘Souls That Have Been Tortured’ and the “Souls That Have Yet To Be Tortured’ files take time.

According to folklore, the common price for a deal with the devil is the selling of one’s soul, i.e., “the representation of all that is good within us”, or if you are in a philosophy class, ”that thing that your professor asks you to describe and you can’t because he refutes all your descriptions”. Also, the request made may have terrible consequences, such as your wealth being accidentally lost in a fire, being infinitely smart right before an accident that will leave you infinitely and incurably paralyzed for life, or your busloads of women accidentally getting into a crash with a busload of handsome, intelligent men (who incidentally may have been a part of an woman’s demonic deal).