Did The Pharaohs Fear The Mysterious African Kingdom of Yam? 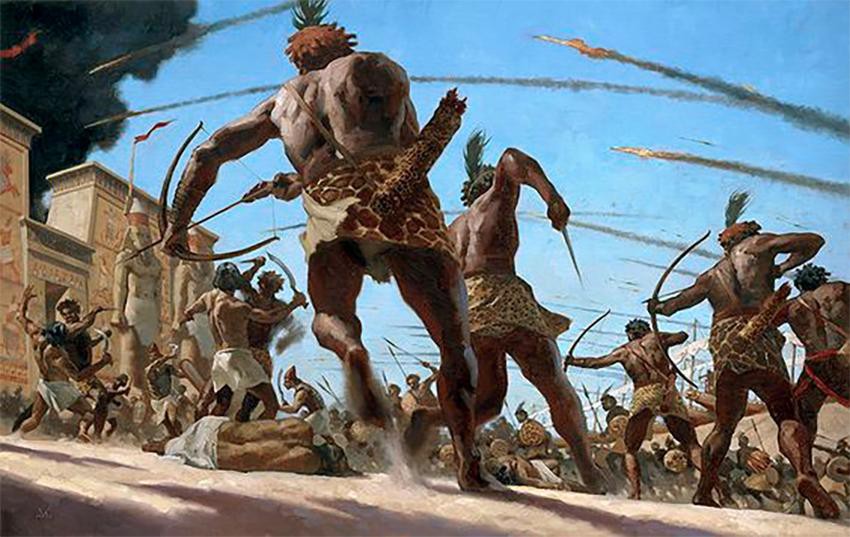 Yam was an African kingdom that existed in ancient times. Not much is known about this ancient kingdom, and what little we do know about it comes from a few Kemetic texts from the Old Kingdom period. According to these texts, the people of Yam had contacts, specifically trade and military, with the Old Kingdom’s Kemites. Other than that, nothing much can be said with certainty about the kingdom of Yam. When they discovered its existence through Kemetic texts, scholars tried to find its location. But to this day, it remains a mystery. There are some clues in the ancient sources as to where it is situated. Nevertheless, these are not clear enough, and modern scholars have disagreed with each other as to how such clues should be understood. The main clues for Yam’s location can be found in a tomb inscription known as the Autobiography of Harkhuf . As the title of this text suggests, this inscription belonged to a Kemite named Harkhuf, a governor of Upper Kemet who lived during the 6th Dynasty (around 2345 BC – 2181 BC), and served under the pharaohs Merenre and Pepi II. In Harkhuf’s account, the governor stated that he had made four expeditions into Nubia during his lifetime. During the first expedition, Harkhuf traveled to the south with his father, the “ritual priest Iry”. The two men

THIS CONTENT IS RESTRICTED TO SITE MEMBERS. IF YOU ARE AN EXISTING USER, PLEASE LOG IN. NEW USERS MAY REGISTER BELOW.IT’S FREE!