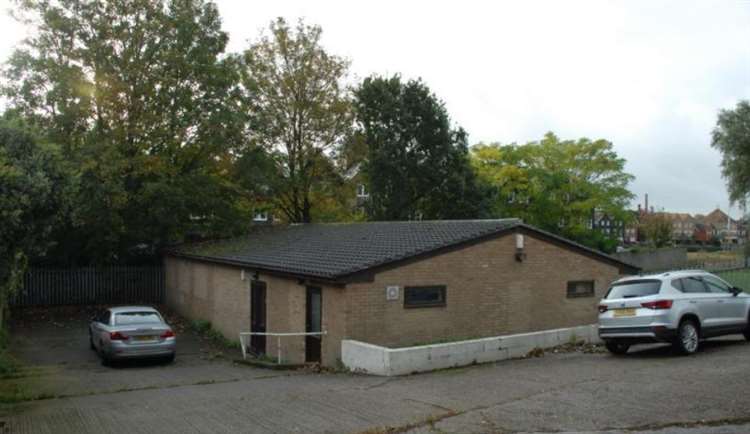 The proposals – lodged with Swale Borough Council – involve adding a new floor to the existing hall.

A change of use in 1993 saw the former boatyard converted into a meeting place for masons.

If the fresh plans are approved, the group will reconfigure the set-up of the hall by having a large dining area, lobby, kitchen and changing rooms downstairs.

Meanwhile, a purpose-built temple will be constructed upstairs along with special changing facilities for the jurisdiction’s leader, a room for the lodge’s Tyler [guard], and a small room full of gowns.

But the plans have sparked an objection from Faversham Town Council which criticises the lack of traffic assessments and highlights how there is insufficient detail explaining the need for the expansion.

Blueprints show a new floor will be added to the hall

Upper Brents resident Nicholas Daws has also lodged his worries against the scheme.

He says six-hour freemason meet-ups at the hall from 3pm until 9pm already create big parking problems, and is fearful of further troubles should the extension be rubber-stamped.

“Before lockdown there were two to three meetings being held almost every week, with 20 to 30 cars arriving to each meeting,” he said.

“All parking spaces were taken for local residents before they arrived home from work. Also, because of the time they started arriving, the industrial estate was still in full swing so they were making it very awkward for lorries to get through.”

“If this extension means more meetings and more people turning up I strongly object to permission being given.”

The symbol of the freemasons

But the masons are confident the neighbouring area will not be impacted by the expansion.

The planning statement reads: “The intended number of occupants during building use will be similar to that at present. The hall will, at peak occupation, accommodate 40 people.”

“The building is not being extended to accommodate increased numbers but to enhance the spatial use of the building, its environment within and its external appearance.”

Set to be clad in black weatherboards, the applicants say the building’s extension will have “minimal impact upon the conservation area” and will enhance the hall’s aesthetics.