The lodge also gave £1,250 to Basingstoke Foodbank as part of its charitable work in the community. 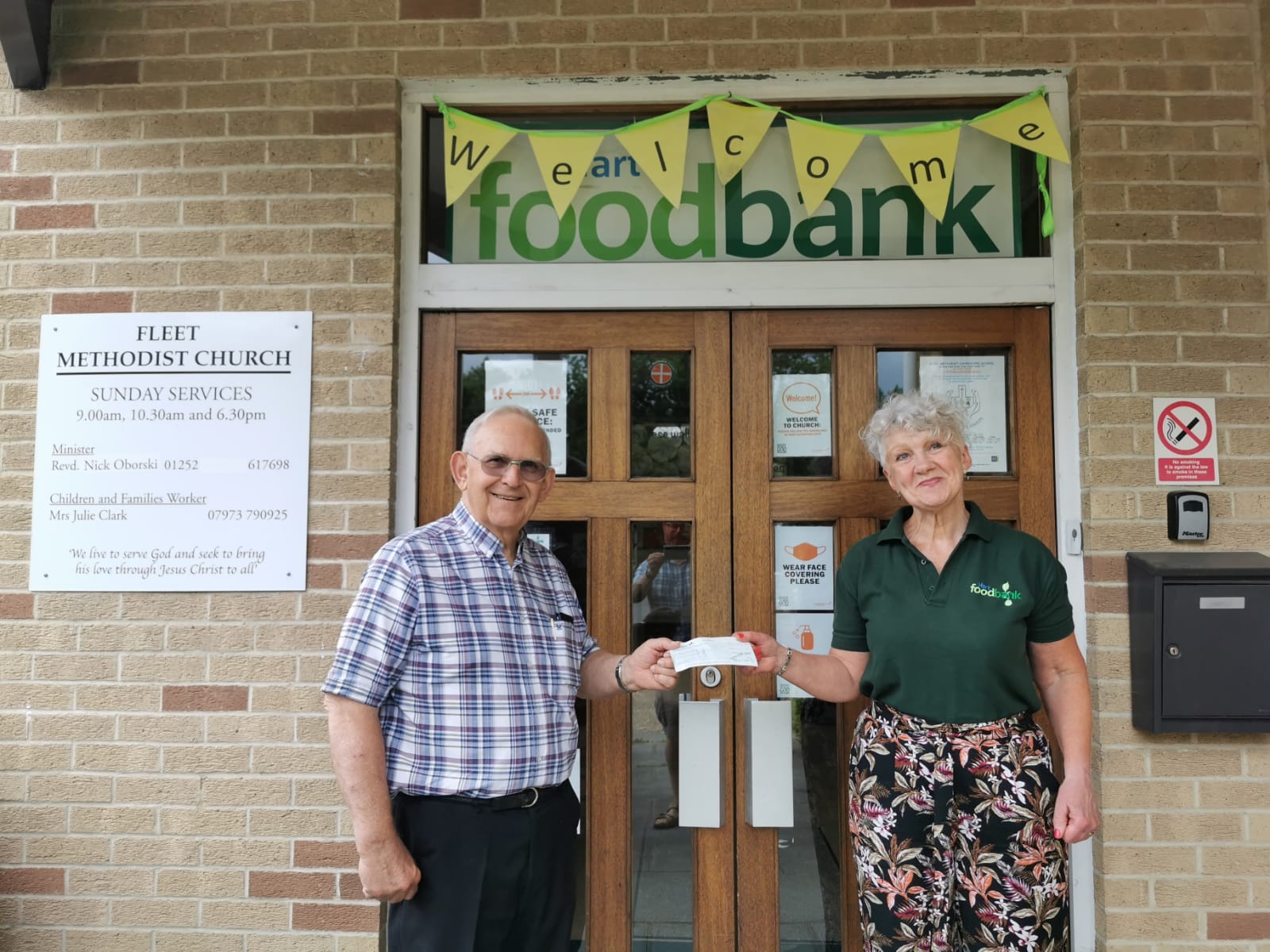 The donation was made as a way to directly support the fantastic work of volunteers and staff who are helping their community.

A food bank in Hart has received a £1,000 donation from a Freemasons lodge to help support its vital community work.

The Elvetham Masonic Lodge in Basingstoke, Hampshire, donated the money to Hart Foodbank, which is based in Fleet, to help cover running costs and support its projects.

The lodge also gave £1,250 to Basingstoke Foodbank as part of its charitable work in the community.

Elvetham Masonic Lodge member John Johnstone, 82, from Fleet, said: “We collect money from the members and we have quite a bit, so we decided to look to see who we could give it to and decided on Hart Foodbank.

“The foodbank needs money to cover running expenses, most of the staff are volunteers and we are amazed at the amount of work they do every day.

“On the basis of the number of  people being assisted, there is a big need for the foodbank.”

The £1,000 was presented to Hart Foodbank at the Fleet Methodist Church by John, who has been a Freemason for over fifty years.

The Elvetham Masonic Lodge was formed in Hartley Wintney over a century ago.

Christine Siddall, 65, has run Hart Foodbank for the past six years and explained that not everyone is aware of how big the demand is for the service in the area.

She said: “Our aim as we come out of lockdown is to improve our volunteers’ training to support clients with debt or job seeking or mental health.

“We have been very lucky this year because we have had a lot of donations, but we occasionally have to buy products because there are things that are never donated.

“We do have pockets of deprivation in the area, but there are people who think we don’t need help.”

Last week, the Masonic Charitable Foundation donated £300,000 in memory of the late Duke of Edinburgh, who became a Freemason in 1953 prior to the coronation of Queen Elizabeth II.

This donation is to support specialist schools whose pupils will benefit from undertaking the DofE awards scheme.