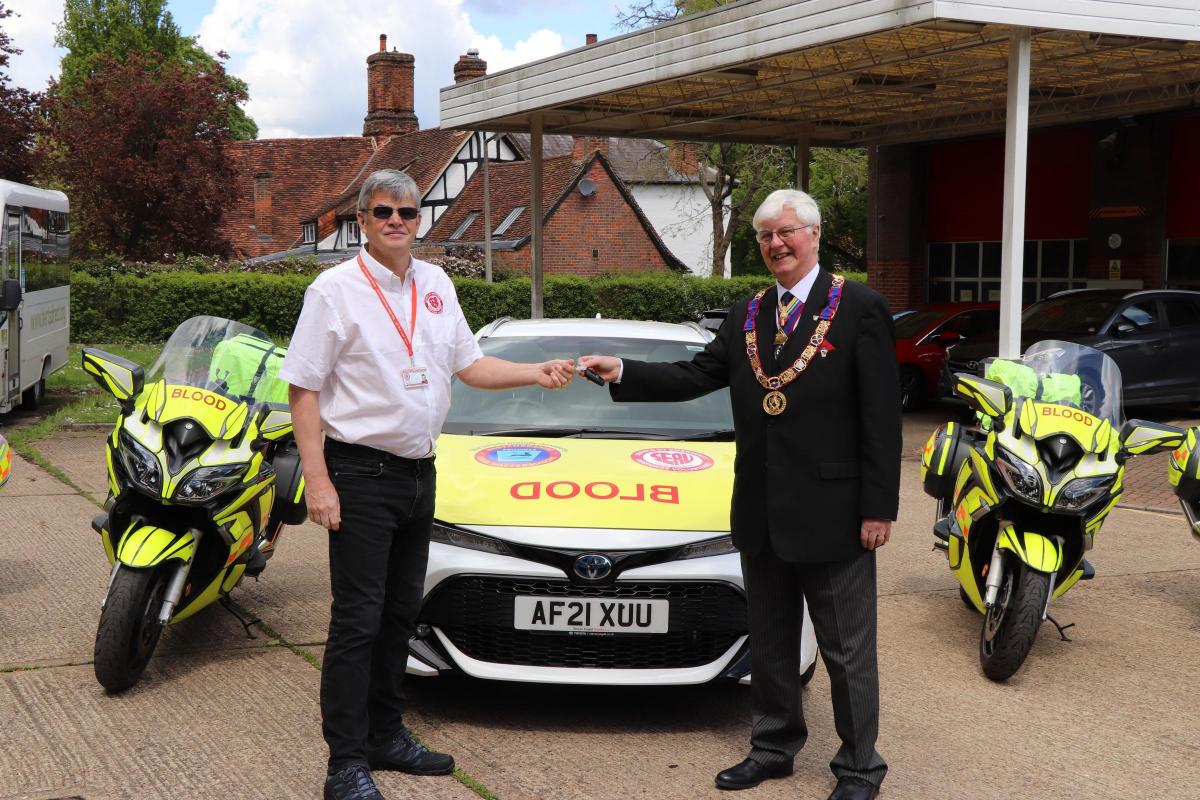 A car that delivers blood transfusions, breast milk for newborn babies and Covid test results around the clock is already making emergency deliveries after a charitable donation.

The Mark Masons of Hertfordshire have fully funded and donated a new blood car to complement the existing Service by Emergency Response Volunteers (SERV) Herts and Beds Blood Bikes.

The service runs 24 hours a day, manned by four drivers and a controller. Its 70 volunteers deal with around 7,000 calls for assistance a year.

It relies entirely on charitable donations and self-funding with their drivers volunteering their service and paying for their own fuel.

The Provincial Grand Master of Hertfordshire Mark Masons handed over the keys to the new car to SERV chairman Ian Hunt at a ceremony on May 19.

Mr Hunt said: “We have been to multiple locations already, the car has been essential in many ways.

“It has been used for emergency blood and a number of runs for the folk at Keech Hospice in Luton acting as a relay between patients receiving blood transfusions, and are going through particularly difficult times.

“In addition, the Milk Bank have had numerous requests that would not have been possible by bike.”

Dr Natalie Shenker, founder and driving force behind the Human Milk Foundation, which forms part of SERV, said: “The Herts Milk Bank has grown from a start-up to one of the largest human milk banks in the country over the last four years, and there is no doubt that our charity could not have succeeded without the constant support of SERV Herts and Beds.

“It is wonderful that our charities are growing together, and the arrival of this car will mean much larger volumes of precious donor milk can be collected and delivered across our region and beyond.

“Thank you so much again – all the hospitals and families that Herts is able to support will truly benefit from the generosity of the Hertfordshire Mark Freemasons.”