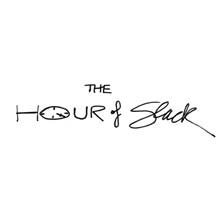 Planet X or Bust by El Queso All-Stars – intro re Underoos and panties. At Tarzan’s Radio Station on 8th day of 19X-Day, also used by Stang for band mixing. 8-Tracks and carts. Stang deaf – mixes by Braile and meters. Can hear the bell but not the SubGeniuses. Rev. Angry Larry as guest. Had weird dream that we were doing the show. Stang’s dream of having to drive parents around on LSD. Acid and parents stories – Hal’s friend who had to deal with a blue skinned person while tripping. These things happen only on the day that you drop acid. The time-lapse shrinking water puddle. The screaming hot dog. Don’t name the animals if you’re gonna eat ’em. The story of Tap-Tap, the Pet Who Became Dinner. Naming the goats. The mystery fate of the goats. This is X-Day, “Bob” is our shepherd and he “doesn’t like to think about that.” Wei’s smile has returned. Losing valuable things at X-Day. It’s always UNDER THINGS. Hal on Under Things and vampire leprechauns. Music made in Japan – Monster Hunter 3. A SubGenius wouldn’t get fooled by a preacher or a salesman would they? Triple your money back small print. “The Judgmental will be at the Judgement.” Stang sent to SubGenius Hell. The P.C. version of Uncle Remus. I knew Uncle Remus! And Aesop. Not much audience because they know it’s being recorded. A baby driving a truck. Many new SubGs, some got too old. GGG in Portugal due to Emperor Trump. BY THE TIME THIS SHOW AIRS WE’LL BE IN TROUBLE. X-Day recordings last to November. Dogs and slavery. Stang inherited a dog named Dammett. Peas’ dog Dog of it, Andrew’s dog Fuckit. The word SHIT in wave-form. The Bobsu dog, bred in China to have a Pipe tooth. Can’t close its mouth. Can talk about anything from a SubG standpoint and make it boring. Dave’s dog, Heathen’s dog, Stang’s dog – they train you so fast. Cats will train you. Lizards rub their glands on Susie. Don’t let the cat train you! Voles were fleeing the stage while the band played last night. DJ Shaver’s sock monkey reenactments of famous movie scenes. The Sock Monkey Centipede. Susie will rest her boobs on Angry Larry’s shoulder. Sax player and bass player jokes. Tits vs. Boobs. Tarzan’s Radio Station description. The fall of Radio Shack. Everybody looking at their phones at X-Day. Stang still uses PAPER! The money found in pants pockets in the wash. Wei washing her phones. Bob Clampett’s well-timed coughs during screenings for censors. Could smoke in hospitals then. Ashtrays in churches. Susie smells like cherry pie. Beautiful X-Day – it’ll rain soon, maybe at 7 am for saucer landing. Maybe we should be naked while awaiting saucers at 7 am? Use drone to make FAKE 7am? “Like every year?” Stang’s weather radar app shows brain shaped cloud approaching. Discussing the expensive drone. The only woman under Pressure – Pastor Pressure. An edible X-Day thanks to Pressures, Nostrils and Heathens. After we destroy the planet tomorrow we’ll all go to the bar – or fight. Susie lost Uranus but someone found it rolling down the road. The strange sentences said for purely practical reasons. Stang goes to set up the drone and Susie sits down. The Howlin’ Larry Show. The evil baby eyebrows and camp rules at SubG Scofflaw Camp. An erie stillness at X-Day. Technical crazy stuff, search for music background while Stang is trying to recharge drone. Bobcast farming details. Milk them bulls! Stang’s drone problem with rain and exotic batteries. Sent Rev. Obama money for drone license. Baby Loins, Nebraska. Nursery rhymes about child abuse and old crones – not P.C. Warnings about evil adults. Old cannibal witches. Ray Harryhausen’s fairy tale animations. The first computer was 1000 women crunching numbers – Bletchley Park. The Imitation Game. X-Day coming! We swill overcome!