Meditation is an essential component of Buddhism that enables us to settle, concentrate, and connect body and mind. Study after study has shown the many benefits it can bring us, including a greater sense of calm, understanding, and empathy. Why leave all its benefits for adulthood?

Meditation should be taught from the earliest of ages, to enable children to deal with stress, anger, and frustration, in a productive manner — both at school and at home. Studies indicate significantly lower levels of depression, negative coping, self-hostility and posttrauma symptons with children who meditate.

Equally, the elderly, especially the very ill or fragile, can benefit from structured meditation in their senior-care facility. The benefits of breathing, posture and contemplation meditation can easily be easily demonstrated and have consistently been indicated in peer-reviewed studies.  [See our previous story on the peer-reviewed benefits of meditation>>]

For instance, one school-based mindfulness study, peer reviewed in a Pediatric publication, concluded: 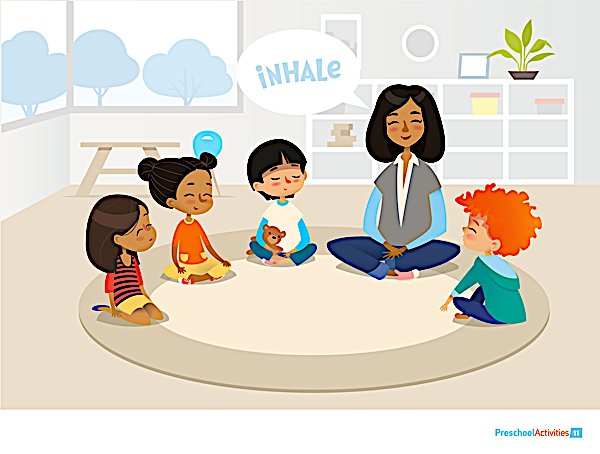 Meditation in the classroom is increasingly popular. By removing any “religious” aspects — simply focusing on breath and sitting, for example — many teachers see improvements in behaviour in classrooms.

Many educators are now focusing on emotional intelligence; the idea that being a whole person (knowing how to resolve conflicts, communicate well, manage anger, etc.) is more important than simply being academically ‘smart’.

Meditation is perhaps the most powerful way that children can become more emotionally intelligent. It teaches them, from an early age, to breathe and recollect their thoughts and emotions when they are angry, which evades tantrums and other unproductive responses.

The benefits are straightforward. According to pediatric researchers:  “These findings support the hypothesis that mindfulness instruction improves psychological functioning and may ameliorate the negative effects of stress and reduce trauma-associated symptoms among vulnerable urban middle school students.” 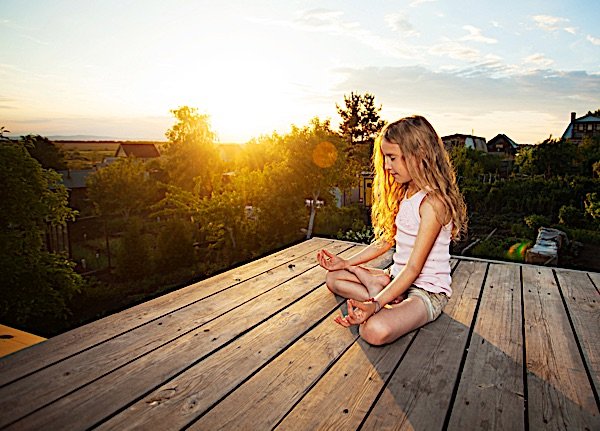 Meditation is good for you — at any age.

To get children in the mood to meditate, it helps to set up an attractive space at home where they feel comfortable and at peace. Fragrance is important when it comes to creating ambience, as is light. Instead of fluorescent or LED lighting, use candles, whose flickering flames and beautiful fragrance are very relaxing for children and adults alike. Make sure to use 100% natural soy candles rather than paraffin, since the latter contains toxins which have been declared a cancer risk by the American Chemical Society. Soy candles smell nice, yet do not produce soot or toxins that harm people and pets in the home.

Meditation as a Powerful Tool Against Anxiety and Stress

Children who suffer from anxiety and the powerful panic attacks that a sustained state of ‘fight or flight’ can bring about, can benefit from meditation, which has been proven scientifically to lower stress hormone levels. Meditation allows us to be control of our body and mind, rather than the other way around; stopping a panic attack in its tracks can be as simple as taking part in pranayamic breathing, even just for a few minutes. [Of course, always see your care professional before acting on any advice.]

Meditation works in a preventive manner too; since it allows us to be more in tune with our biological clock, our emotions and sensations, children who practice it regularly can be aware of subtle clues that they are stressed, hungry, or tired, and they can quickly turn to breathing, affirmations, or silent meditation before they actually begin to feel anxious.

There are so many benefits afforded by meditation, too many to list but including improved cognitive performance and memory, the promotion of self-compassion and kindness towards others, and help with bereavement. The earlier the better, though, since children who see meditation as part and parcel of emotional regulation as well as a way to connect with their inner world, will be stronger, emotionally smarter adults who are more ready to brave life’s many vicissitudes.