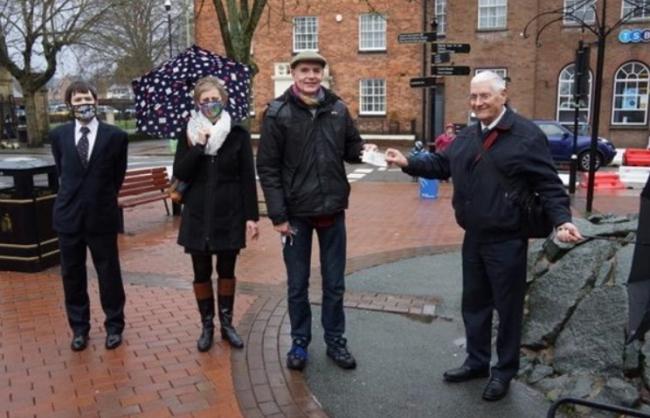 CHARITIES in and around the Oswestry area recently benefited from donations made by the Cae Glas Freemasons Lodge.

Representatives from the Lodge made donations across the town, with £500 donated to Oswestry and Borderlands Foodbank, £500 to the Derwen College Duke of Edinburgh (DofE) Award Programme and £250 to Music MOB – Music Matters in Oswestry and the Borderlands.

The donation to the foodbank was increased to £750 through anonymous donations from members of the Lodge, while the donation to Music MOB was further topped up with additional match funding from the Masonic Province of Shropshire, allowing a £500 cheque to be presented.

Sian Tasker, from Music MOB, said the group were delighted with the donation.

She added: “The aim of Music MOB is to support free instrumental and vocal lessons for children whose families may not have the means to provide them.

“This donation will help to bring the joys and benefits of music making to young people in Oswestry and the Borderland.”

Steve said: “We are really delighted to receive this donation from members of Cae Glas Lodge in Oswestry.

“Their support over the years has been invaluable and has allowed us to get to where we are with this important and popular programme at Derwen College.

“Our students will be taking part in their DofE expeditions in the spring, and this donation will help to pay for their expedition costs.”