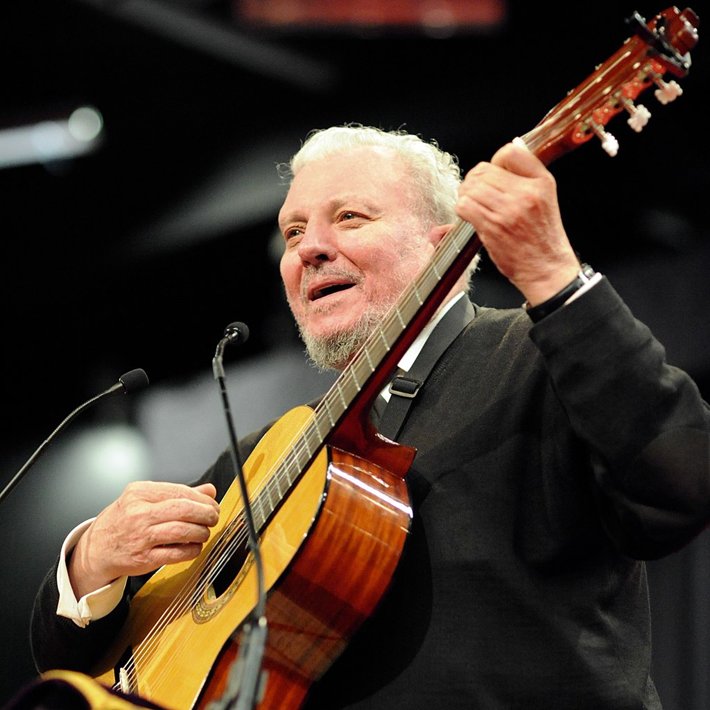 
In a meeting at the Vatican earlier this summer, Pope Francis met with and blessed members of the Neocatechumenal Way, a Christian association within the Catholic Church founded in 1964 in shantytowns near Madrid by Francisco José Gómez Argüello Wirtz, a Spanish artist, musician and architect better known as Kiko Argüello.  Also a psalmist, Argüello has composed well over a hundred and eighty songs of a religious nature, for use in Neocatechumenal Way celebrations and liturgies.

With an estimated membership of more than 1 million people in 134 nations represented by some 40,000 parish-based groups, the Neocatechumenal Way draws its inspiration from the practices of the early Catholic Church, including the “rediscovery of Christian initiation by baptized adults,” according to the organization’s statute.

Pope Paul VI recognized neocatechumenal communities in 1974, praising their “authenticity, the fullness, the coherence, the sincerity of the Christian life” and describing them as “the fruits” of the Second Vatican Council created in 1962 to help address relations between the Catholic Church and the modern world.

Argüello introduced members of the Neocatechumenal Way to Pope Francis in the Vatican’s Paul VI Hall. “There are 430 families waiting to be confirmed and sent by you, so that filled with the Holy Spirit they can leave to be witnesses of the love and power of the Risen Christ,” he told the pontiff.

“Faced with the phenomenon of secularization, atheism and the crisis of moral, cultural and philosophical values, it is undoubtedly a wonderful thing that the Lord has raised up entire families, with their children, to emigrate and transplant themselves to the most secularized and poorest areas to bring the proclamation of Jesus Christ,” Argüello said.

The pope told the gathering to follow the mission of Jesus, which he summed up in these words: “Go, bear witness, preach the Gospel.”

“This work, this multicultural richness of the Gospel, which is born of the preaching of Jesus Christ and becomes culture, is, in a certain sense, the history of the Church: so many cultures but the same Gospel,” said the pontiff. “So many peoples, the same Jesus Christ. So many good wills, the same Spirit. And this is what we are called to: to go forward with the strength of the Spirit, carrying the Gospel in our hearts and hands.”

Besides Europe, Russia and Ukraine, the Neocatechumenal missionaries authorized by Francis will preach the gospel in at least 54 countries, from Japan, South Korea, China, Taiwan, Canada and the United States to Mexico, Argentina, Egypt, Sudan, South Africa, Australia and Oceania.