Sudan: Tomb Divers Reveal The Secrets of a Pharaoh 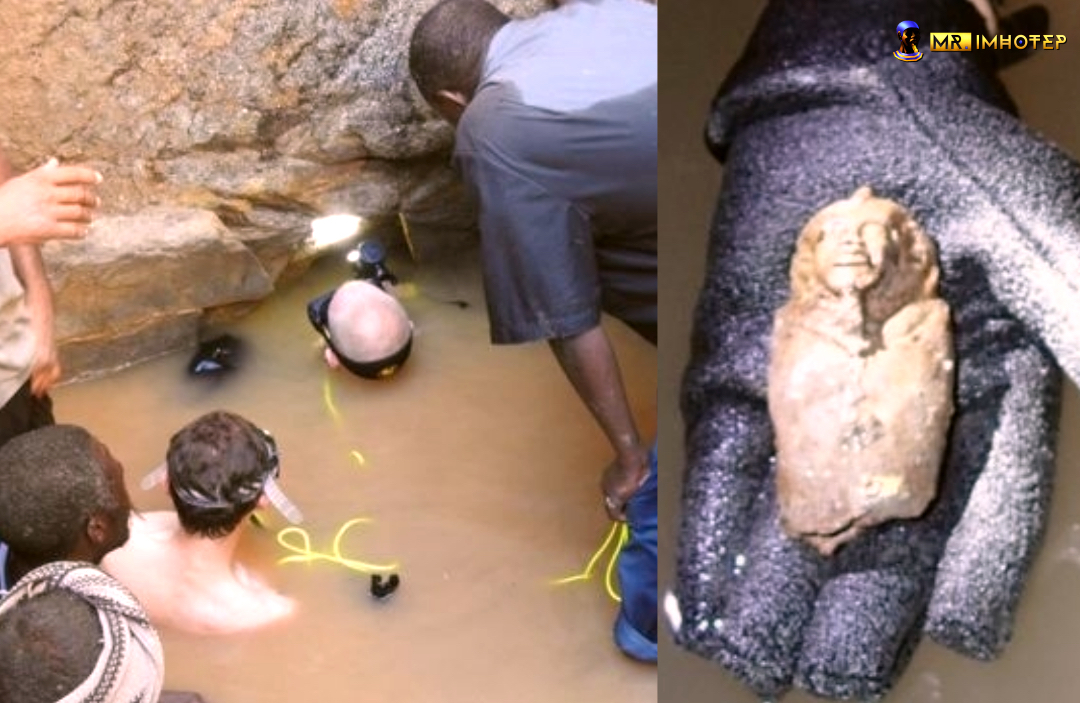 [:en] An underwater archaeologist has told the BBC of the extraordinary lengths he went to access the secret tomb of a pharaoh underneath a pyramid. Pearce Paul Creasman and his team were the first people to go into the tomb for 100 years and, in that time, it has become harder to access because of the rising water level. Mr. Creasman told BBC Newsday that this was the first time underwater archaeology had been carried out in Sudan, the location of the ancient royal burial site of Nuri. He found pottery figurines and gold leaf. “The gold offerings were still sitting there – these small glass-type statues had been leafed in gold. And while the water destroyed the glass underneath, the little gold flake was still there,” he told Newsday. He believes these offerings were for Nastasen, a minor pharaoh who ruled the Kush kingdom from 335 BC to 315 BC. This gold leaf would have been taken by thieves if it weren’t for the rising water level making the tomb inaccessible to most, underwater archaeologist Kristin Romey writes in the National Geographic. Mr. Creasman told the BBC that the team “dug as far as we could” down a 65-step stairway which led to the tomb entry but “we got about 40 stairs down until we hit the water table and knew we wouldn’t be able

THIS CONTENT IS RESTRICTED TO SITE MEMBERS. IF YOU ARE AN EXISTING USER, PLEASE LOG IN. NEW USERS MAY REGISTER BELOW.IT’S FREE!