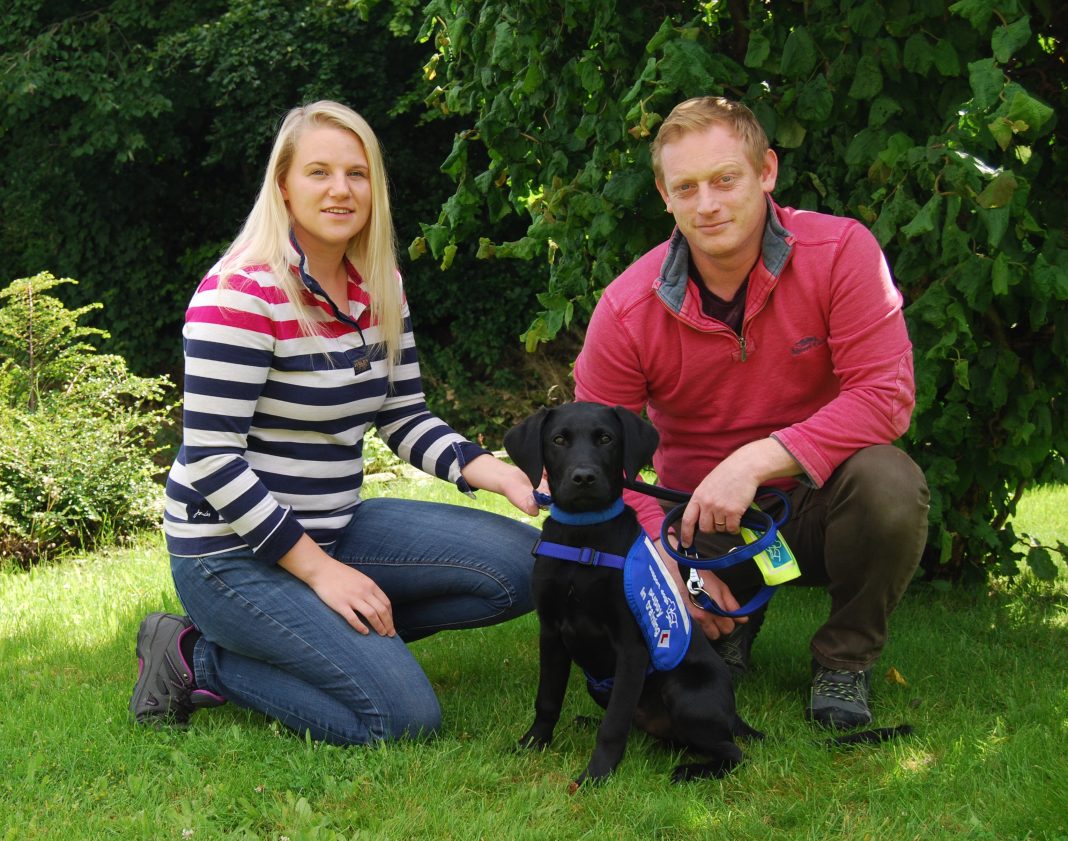 A Sheffield charity that provides, trains and supports specialist assistance dogs for people with a range of disabilities has received funding for a Labrador puppy from local Freemasons.

Ivanhoe Lodge, which meets at Tapton Hall in Crosspool, has given £20,000 to Support Dogs, which will pay for the two-year specialised training of the dog – appropriately named Ivanhoe.

Founded in 1992, national charity Support Dogs provides all its services entirely free of charge to those in need of them, specialising in three specific programmes: autism assistance dogs for children with autism, seizure alert dogs to detect seizures in people with epilepsy, and disability assistance dogs for people with a range of physical disabilities and medical conditions.

Ivanhoe will be trained as an autism assistance dog to provide safety and companionship and helping to bring independence and a more socially inclusive life to both the child and their family.

Autism assistance dogs are shown to reduce stress for family members, promote positive changes in behaviour, provide comfort for children with autism when upset and reduce behavioural outbursts. They are also trained to keep a child safe using a wide range of methods.

John Clague, one of the Trustees of Ivanhoe Lodge, said:

“Thanks to a sizeable legacy from the estates of the late Percy and Mary Parramore, we have been able to financially support this fantastic charity, and what Support Dogs do is simply inspirational.

“W Bro Percy Parramore was a highly respected Past Master of the Ivanhoe Lodge, and he and his sister, Mary, were life-long supporters of local charities, especially those associated with Freemasonry and scouting.

“I’m delighted that we are in a position to fund a new Support Dogs’ puppy, which has been called Ivanhoe in honour of our Lodge, and we look forward to hearing about his progress in the coming weeks, months and years.”

“Charity is one of Freemasonry’s three founding principles. Last year, the legacy allowed us to purchase a new motorbike for the Whiteknights Yorkshire Blood Bikes as well as pay for its running costs for three years.

“I’m proud to be a Freemason and incredibly proud of the support of we are able to offer to community groups in and around the Sheffield area.”

“I would like to say a massive thank you to Ivanhoe Lodge for this wonderful donation.

“It takes up to two years and approximately £20,000 to train a Support Dogs’ partnership. We then provide ongoing 24/7 365 days a year support throughout an average eight-year working career.

“Whilst we don’t receive any government funding we provide all of our services entirely free of charge to those in need of them.

“Without funding from the likes of Ivanhoe Lodge, we would not be able to provide the services that we do, to families and individuals throughout England, Scotland and Wales.”

Further information about the Freemasons Province of Yorkshire West Riding can be found at: http://www.wrprovince.org.uk/

Support Dogs would be delighted to hear from other Lodges who may interested in   supporting and more information is available from its website: https://www.supportdogs.org.uk/