His Holiness the Dalai Lama presented a profound and brilliant method to “target” your meditation on the affliction, in his powerful commentary on Lama Tsongkhapa’s Great Exposition of Secret Mantra. When we think of calm-abiding meditation, we might think of breath as the focal point of meditation. In-out. Follow the breath.

Breath, as a focal point, however, is just one of many targeted calm-abiding meditations. Breathing mindfulness is specifically recommended for people who are dominated by “conceptuality,” and who are unable to see beyond ordinary appearances. 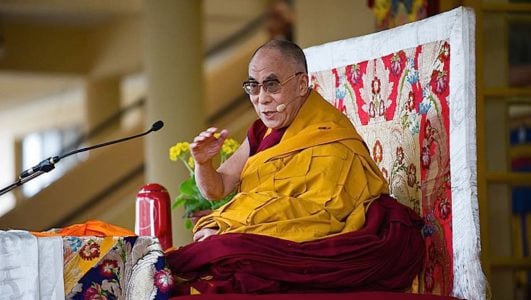 Many types of calm-abiding focal points

Since modern people, especially Westerners, tend to be intellectual, analytical and “conceptual”, a meditation on the breath is the most frequently taught method. However, the focal point of any calm-abiding meditation, as taught by the Buddha, varies based on the discursive or afflictive emotion the student is “tackling” in their practice. The Dalai Lama writes: “Those dominated by conceptuality can observe the exhalation and inhalation of breath because by tying the mind to breath discursiveness diminishes.”

The Dalai Lama, in his teaching commentary on Lama Tsongkahapa’s The Great Exposition of Secret Mantra (Vol.3), provides significant guidance for students. In this feature, we’ll focus on the advice of Shakyamuni Buddha, His Holiness the Dalai Lama, and the great Lama Tsongkhapa on topics for calm abiding meditation that suit your obstructions.[1] 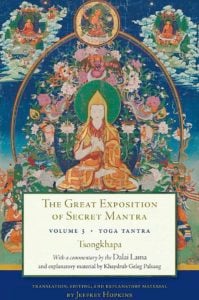 Teaching from the Dalai Lama quoted from the commentary to The Great Exposition of Secret Mantra, Volume 3, available on Amazon>> (affiliate link.)

Whether we choose to visualize a Buddha, focus on a mantra, or just on our breath, depends on the result we expect or hope for. 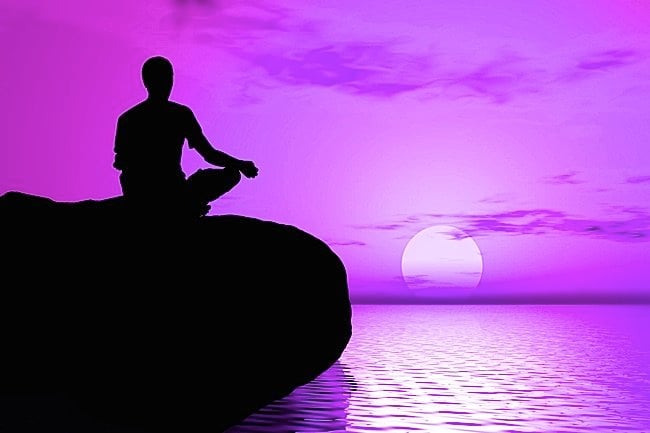 For calm-abiding meditation, the Dalai Lama and Lama Tsongkhapa teach that the object of meditation should be determined, in part, by the obstacle or troublesome stress in your life.

There are others, but these cover the primary afflictions. The Dalai Lama pointed out instructions for each: 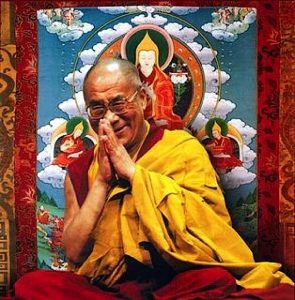 His Holiness explains that all meditations can benefit from the “Buddha’s body” object of meditation:

“A particularly helpful object for all personality types is a Buddha body, since concentration on a Buddha’s body causes your mind to mix with virtuous qualities. No matter what the object is, this is not a case of meditating within, looking at an external object with your eyes, but of causing an image of it to appear to the mental consciousness.”

His Holiness then described how the process might work. “For instance, if you are to concentrate on Buddha body, first you need to come to know it well through hearing it described or through looking at a picture or statue, getting used to it, so that it can appear clearly in the mind. Then, imagine it about four feet in front of you at the height of your eyebrows, about two inches high. It should be meditated as being clear, with a nature of brilliant light; this helps to prevent the onset of laxity, a condition in which the mind’s mode of apprehension is too loose. Also, you can consider the imagined Buddha body to be heavy; this helps to prevent excitement, a condition in which the mind’s mode of apprehension is too light. Once the object originally has been determined, you may not change its nature or size; it must be fixed for the duration of generating calm abiding.” 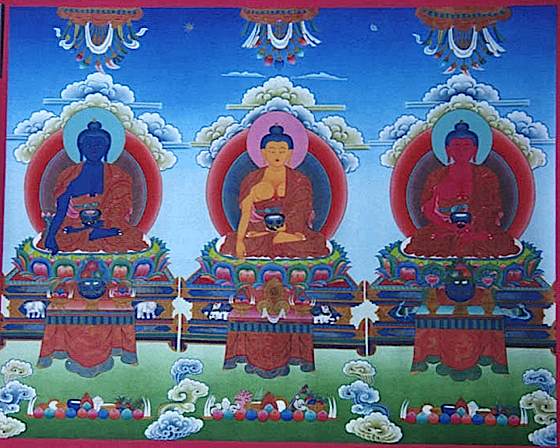 Typically, a “Buddha body object” would be one’s own Yidam, although there are “specialist” emanations of Buddha bodies for most afflictions. For example, the five Buddha Families oppose or transform the same five major stresses. Although the attributions are slightly different between Buddhist schools, they are, generally:

These families and other meditation deities “oppose” the five stresses with their own special emphasis: Desire is opposed by generosity; hatred is opposed by love and Metta; Pride is overcome by humility; and so on. For more specific meditations, there are also many deity practices that focus on these “stresses”:

Only if you have appropriate initiation and full instruction from a teacher, if you are really stuck, you can also “up” the horse-power in your practice by meditating on the “wrathful” emanation of the same deity (assuming you have permission or empowerment). [For a feature story on wrathful deities, see>>]

Whatever the focus — breath, metta, or a deity — His Holiness advised us to develop:

“That which interferes with the steadiness of the object of observation and causes it to fluctuate is excitement, which includes any scattering of the mind to an object other than the object of meditation. To stop that, withdraw your mind more strongly inside so the intensity of the mode of apprehension of the object begins to lower. If you need a further technique to withdraw the mind, it helps to leave the object of meditation temporarily and think about something that makes you more sober, such as the imminence of death…”

When speaking of laxity, His Holiness explains:

“It is not sufficient just to have stability; clarity is also needed. That which prevents clarity is laxity, which is a case of the mind’s becoming too relaxed, too loose, lacking intensity — the tautness of the mind having become weak, caused by over withdrawal inside.

The heaviness of mind and body can lead to becoming lax, which can lead to a type of lethargy in which, losing the object of observation, you have as if fallen into darkness; this can lead even to sleep.”

As a remedy for laxity, the Dalai Lama recommends: “When this begins to occur, it is necessary to raise, to heighten, this excessive declination of the mind by making it more taught, more tight. If you need a further technique to accomplish this, it helps to brighten the object of meditation, or if that does not work, to leave the object of meditation temporarily and think on something that makes you joyous, such as the wonderful opportunity that a human lifetime affords for spiritual practice…”

[1] The Great Exposition of Secret Mantra (Vol.3), by Lama Tsongkhapa with commentary from H.H. Dalai Lama