The Business Side of the Church of Satan 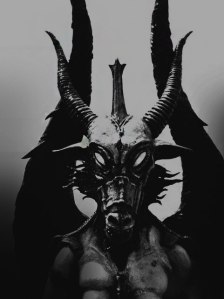 “The Church of Satan was formalized 9/20/1971 as a California non-profit corporation, Article #8 of its Articles of Incorporation providing that: “The property of this corporation is irrevocably dedicated to charitable and religious purposes, and no part of the net income or assets of this organization shall ever inure to the benefit of any director, officer, or member thereof, or to the benefit of any private persons.”

Nevertheless on 4/25-26/1985, Anton and Diane LaVey signed an Agreement in which they defined the Church of Satan as wholly their personal property in partnership. This document was never made known to any of the current “membership” (who, per this Agreement, had no legal membership status of anything whatever), and surfaced only when Diane sued Anton in 1988 [as an exhibit in that suit].

In that lawsuit Anton, under penalty of perjury, swore on 6/1/1989: “Defendant denies that plaintiff and defendant formed a partnership on or about April 30, 1966 and took steps to form a non-profit corporation.” This document was not published to the “membership of the Church of Satan” either.

Following that lawsuit Anton filed for bankruptcy, and on 4/22/1992 swore, again under penalty of perjury, that: “My income derives from my operation as a sole proprietor known as the Church of Satan”, and then on 1/31/1992 that “no revenues are generated by or through the Church of Satan”. Again neither document was published to the “membership of the Church of Satan”, who might well have wondered where their $100 fees, $150,000 Church of Satan franchises [as stated by Sharon “Blanche Barton” Densley in Gilmore’s magazine #5/1991], $200/hour consultations, and royalties for all of the Church-authorized trinkets the Gilmores were selling to them were going.

After that court case the lid went down again, so nobody but Anton and Densley probably knows what labyrinths the money trail led down thereafter. We do know that the IRS and the California Franchise Tax Board both refused to grant the Church of Satan federal/state tax-exempt standing.

As for anyone suing the “Church of Satan” on grounds of fraud, I doubt that anyone of its post-1975 membership caliber either really cares or even has the slightest idea who/what/how to sue – particularly given the ever-morphing legal entity of the “Church”, Anton’s demise, and the sworn-to $0 bank balance of whatever-it-is!” – Michael Aquino