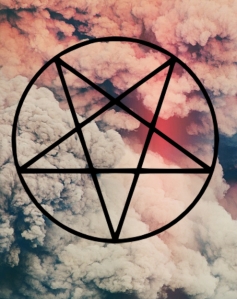 “1919 – Isya Joseph releases his book ‘Devil Worship’ which contains the first English translation of the Al-Jilwah, The revelation of Satan.

1947 – Our Lady of Endor Coven (Ophite Cultus Sathanas) was established by Father Herbert Sloane in Toledo, Ohio. Sloane Held his rituals to Sathanas in the back room of a barber shop he owned in Toledo. Though he was briefly a member of the Church of Satan in the 1960’s it is important to note that his Traditional Satanist (Devil Worshipper) Coven predated the formation of the Church of Satan by at least 19 years. Sloane’s group has historical significance because it is the first example of above ground Satanism in the 20th century and it is dually noted that his group practiced a belief in Satan. The Coven continued to exist in Toledo until the Death of Father Sloane in the early 1980s.

1971 – Thee Orthodox Satanic Church of the Nithelium Rite was formed by Father Terry Taylor at The Occult Bookstore in Chicago, Illinois. This group went a step farther than Sloane’s in that the Gnostic elements were de-emphasized and the duo theistic elements that define today’s practice of Traditional Satanism were formally established in the 20th century. Despite the popularity of pseudo Satanist groups like the Church of Satan and the Temple of Set, Father Taylor’s group held a membership of 538 members in the Chicago area at its peak in 1974. What is unfortunate is that there is very little left in the way of this Orthodox Satanic Church save a few brief mentions that can still be found in today’s Encyclopedias of American religion as well as a spot in ‘Satan Wants You’ by Arthur Lyons. What is most important are the concepts that Father Taylor established in the 1970’s that still influence us today. In early 2008 Brother Myrmydon (Founder of the Cathedral of the Black Goat and author of ‘The Devil’s Bible’) tracked down and was able to make a pilgrimage to the Occult Bookstore to take in the aura of the spot where those devotional rites to Satan took place and to stand in the very footsteps of his predecessor.

1972- Peter Haining releases his ‘The Warlock’s Book’ which is the closest modern language translation of the manuscript called ‘An Elizabethan Devil Worshiper’s Prayer Book’, which was said to have been circulated amongst the Satan Worshipers in Elizabethan era Scotland.

1983- Richard Cavendish releases ‘The Black Arts’ a comprehensive study of Occultism in general but more specifically Demonolatry, Black Witchcraft of the Middle Ages and the Black Mass.

Early 1990’s – Horned Order’s Magical Existence (H.O.M.E.) was established as the first Traditional Satanist organization of the computer age by Brother Nero. Headquarters were located in Corpus Christi, Texas and the H.O.M.E. Website actually predated that of the Church of Satan by atleast two years.

October 31, 2001- Cathedral of the Black Goat was formed as a small Traditional Satanist coven of six people by Brother Myrmydon and Sister Nephtys. For three years they would hold bi-monthly rituals for their coven in the infamous ritual room in San Antonio, Texas. During those years many people would come and go, or introduce others to those clandestine nights of Devil Worship. Some of the early members included Brother Ashen, Brother Semaj, Sister Sihiya Lilitu, Sister Non, Sister Uriel, Brother Pretorus and Brother DZ. The Black Book used in these rites and that which described the cosmology of the group would later be known as ‘The Devil’s Bible’. The Cathedral of the Black Goat’s main inspiration came from Thee Orthodox Satanic Church of the Nithelium Rite though Brother Myrmydon was also in contact with Brother Nero at that time.

2003- Cathedral of the Black Goat serves briefly as a Coven chapter of Horned Order’s Magical Existence.

2004 – Cathedral of the Black Goat is emancipated from Horned Order’s Magical Existence. This year also sees the formation of Cult of the Ram in Chicago by Archpraefectus Primus and the Black Coven of Satanas in Mobile, Alabama by Brother Obitus. Both Brothers are also former members of H.O.M.E. like Myrmydon. This is also the year that the first edition of ‘The Devil’s Bible’ is published by Creative Oddities Studio, adapted from the Black Book of the Cathedral of the Black Goat by Brother Myrmydon.

2006 – ‘Traditional Satanic Ritual’ is published by Brother Obitus and Brother Azael. This book is adapted from the Black Book of the Alabama Coven which was heavily influenced by the work of Father Herbert Sloane.

February 23, 2007- Known as “The Night of the Satanists” amongst Brothers and Sisters who were present. This night marks the largest ritual ever held under the auspices of the Cathedral of the Black Goat. It included members of the Cathedral of the Black Goat, Black Coven of Satanas and Cult of the Ram. Also present were certain Black Metal musicians who would go on to play a historical show the next night in San Antonio, Texas. Later in 2007 saw the publication of the second edition of ‘The Devil’s Bible’ by Black Goat Publishing however it was very limited and only a few copies of this edition are in print.

April 30, 2009 – This date saw the publishing of the third and finest edition of the ‘The Devil’s Bible’ by Severed Head Publishing. This edition also included additional essays by Brother Myrmydon that were not found in the previous two editions.”