Video: Vajrakilaya’s Mantra beautifully chanted Sanskrit — cutting the three poisons and removing all obstacles — the “activity of all the Buddhas” 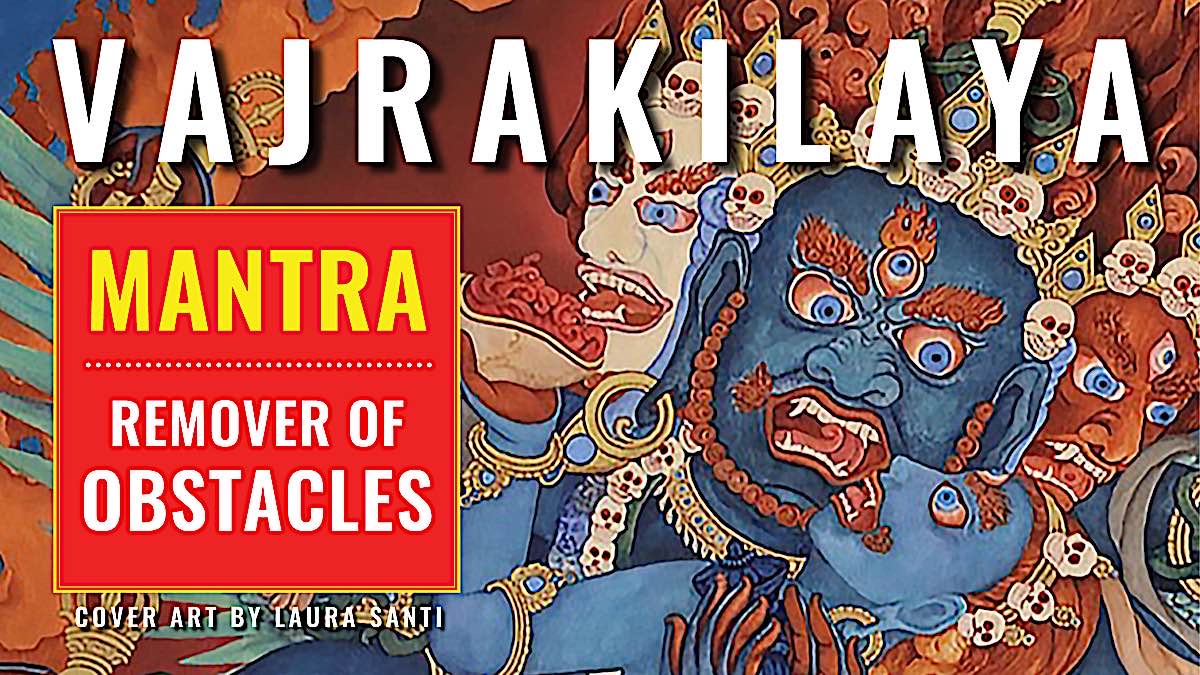 Vajrakilaya and his mantra is important in our modern world — since Vajrakilaya is the activity of all the Buddhas. He is the wrathful Heruka emanation of glorious Buddha Vajrasattva. At the same time, he is the ultimate expression of Bodhichitta and compassion and love.

Listen or chant along with the Sanskrit version of his mantra — famous for accomplishing the Enlightened activities and overcoming our obstacles, chanted beautifully by Hrishikesh Sonar with beautiful meditative images.

The literal translation of the mantra

Although mantras can’t be broken down by word translation — ideally, listen to full commentaries from teachers on the deeper meanings — for helpful reference, we have translated the Sanskrit mantra somewhat literally here.

Vajra, in Sanskrit, has both the meanings of “thunderbolt” and “diamond.” Like the thunderbolt, the vajra cleaves through ignorance. It also connotes “swift” or “instant.”

VajraKilaya is the name of the great One, in this a form of Vajrakila (which means Thunderbolt quickly “Spike” or nail down — as in transfixing our obstructions to Enlightenment.

(Bam in Tibetan) Vam is the seed syllable of Vajrakilaya — although Hum is also considered his ultimate seed syllable (Dharmakaya seed syllable). Vam is the bija, or seed, sound of the sacral chakra. When chanting the mantra, vam, the power of the sound vibrations is believed to cleanse this chakra, which is the energy center of creativity

Hum connotes “method and wisdom” or “Compassion and comprehension of Shunyata”

Note: this is a phonetic spelling: it is a slightly aspirated sound like P-Hey (with a soft “tuh” sound at the end) — hard to pronounce so most people, chant “pey!”)

Pey means “cutting through” or “cut!” — as in cutting all obstacles to success, siddhis and Enlightenment.