Yes, There ARE Good Things Happening Out There 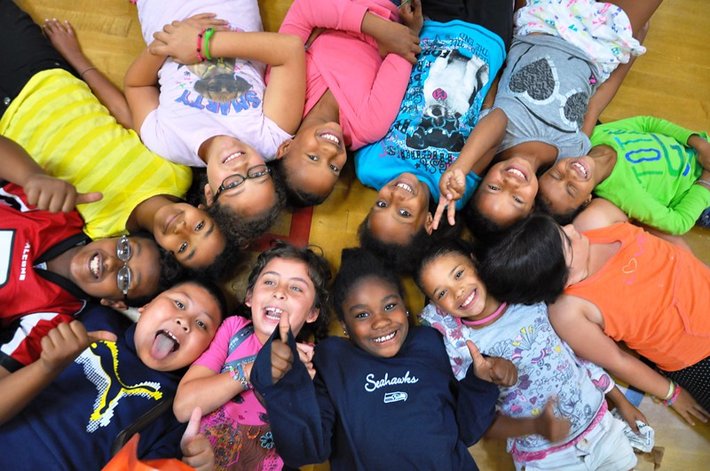 Yes, There ARE Good Things Happening Out There


We are not wise, and not very often kind. And much can never be redeemed. Still, life has some possibility left. Perhaps this is its way of fighting back, that sometimes something happens better than all the riches or power in the world.—Mary Oliver

Shall we take a deep, cleansing breath for just a moment and reflect that all is not lost? Shall we note that the press is a business, and as such, must have its finger on profits—and that nothing attracts clicks and shares like bad news?

That being the case, are things really as crazy bad as cable news and the internet and your uncle at the family reunion would have you believe?

In an effort to balance the scales, here are some good news items that you may have missed this year.

A Ukrainian synagogue in the town of Uman has opened its doors to anyone—Jew or Gentile—seeking shelter. After Uman sustained bombing early in the conflict, its Jewish community, like many others, fled. The synagogue, once spiritual home to over 600 congregants, now serves only 60, but the religious bathhouse in the basement is now a shelter for one and all.

The makeshift bomb shelter is lined with wooden benches and has been stocked with mattresses, blankets and hot drinks. Residents bring their valuables and clothing, in case they have to camp out for days—or longer—in the shelter.

After the Tops supermarket attack, the Buffalo community came together to help the neighborhood affected. The racially motivated attack earlier this year not only severely wounded the community but also deprived people there of the only reliable food source within walking distance. Now shut down indefinitely, the supermarket’s closure was felt immediately, and the surrounding communities sprang into action to make sure the residents had access to fresh, healthy, affordable food.

While the Resource Council of Western New York (WNY) and Feedmore WNY made daily distributions of emergency food and the nonprofit Community Fridge along with other agencies held food drives, ​​​​​​​​​New York Governor Kathy Hochul announced Uber and Lyft would provide residents free rides to and from nearby grocery stores.​​​​​​​​

​​​​​​​​“We are seeing a tremendous response to the tragedy at the Jefferson Avenue Tops and we will be distributing food to the community, sponsored in part by Tops,” said Rev. Terry King, CEO of Saving Grace Ministries and board chair of the Resource Council. “We talk about being the ‘City of Good Neighbors,’ and this is that response.”​​​​​​​​

A retired prison chaplain makes good her promise of jobs to inmates, opening her own bakery that hires only those with criminal records.

Chaplain Kalen McAllister of the Farmington Correctional Center, an hour’s drive from St. Louis, became frustrated with her inability to ease the qualms of inmates about to return to life outside prison. Their main fear—that their time behind bars would prevent them from being employed—was a problem she could only comfort and console but not solve. She knew that any prospective employer would be within their rights to say no thank you to applicants with criminal records. So when she retired she did something about it—opening her own nonprofit business, Laughing Bear Bakery, where a criminal record is required to land a job.

McAllister, who takes no salary, encountered early struggles getting her business off the ground, often operating on zero capital except donations from friends. But then with all hope lost, a miracle happened for the former chaplain and her crusade: Out of the blue a business CEO ordered 80 Thanksgiving pies, one for each of his employees. By the skin of their teeth, Laughing Bear Bakery with its staff of newly-hired, newly-freed-from-prison bakers stayed open, bit by bit gathering steam, with unexpected donations and the occasional big order.

LaWanda Jackson was one of those inexperienced, unschooled bakers. She was convinced she’d get fired after she forgot the baking powder for a Mother’s Day cake. But she wasn’t.

Of former Chaplain-turned-shop-owner McAllister, LaWanda said, “She will do anything to take care of us. When people truly care about you, you blossom,” she added. “Your best self comes out. That is the truth. That is the absolute truth.”

A Flint, Michigan, pastor built a laundry in the church basement to help stamp out “hygiene poverty” in his community.

North Flint’s Good Church Lead Pastor Leo Robinson II knew going in that his community was underserved and hurting. During the pandemic he helped with food distribution drives and it was then that he learned that more than food, his community needed clean clothes. With the nearest laundromat four miles away, and with 70 percent of his community depending on public transportation, he understood the burden that can place on a family of three, needing to cart its clothes onto the bus, spend time at the laundry, and then cart them back again.

The inability of many to simply have clean clothes led to absenteeism at local schools. The children didn’t want to go and be bullied for being dirty. “In our three-mile radius, we have Flint schools, Beecher schools, and also Kearsley schools,” Robinson said. “And all three schools are struggling with absenteeism… All of them say a lot of the kids aren’t coming because of their dirty clothes.”

The Pastor’s idea: build a low-cost laundromat in the church’s basement to combat “hygiene poverty,” the inability to afford hygiene products.

“People are actually having to choose between clean clothes and basic needs,” Robinson said, observing that usual government assistance programs, do not cover most hygiene supplies. “And that breaks my heart.”

And as of this past month, after jumping through legal hoops and navigating the learning curve of running a laundromat, Pastor Robinson and his Good Laundry in the Good Church basement are open for business.

Need more restorative reassuring stories of people showing their best selves? They are out there if you only care to look. Better yet, be one yourself, and share your story with us.

Send good news about your church or religion to publicaffairs@churchofscientology.net